“Do you believe in the unity of knowledge?” asks our Legal Theory Professor, “that there is an objective truth?”

It must be the heat or if I were honest, my short attention span, that allowed me to zone out and think of that question. I am transported to 2015 Indian Wells, California, where Serena Williams makes her much-awaited appearance as she enters the stadium in a neon tennis attire. Serena was welcomed with the loudest cheers that filled the stadium. She’s back. What makes this comeback different is that it was never rooted in tennis stats or lost games. In her biography, Serena details her Indian Wells experience back in 2001 which would help us understand why it took her 15 years to come back to this tournament. As she unwraps her tennis racquet, I remember what that 2001 Finals looked like. It was a scorching hot day for anyone to be out in the sun, but such is the sport of tennis. Serena had just advanced to the finals while her sister, Venus, had to pull-out from their Semi-Finals match due to a knee injury. What was a genuine decision for relief was seen as an alleged sinister move of match-making by the sisters’ father, Richard Williams. As the Williamses walked down the bleachers to watch Serena compete in the finals, the crowd unreservedly booed and hurled insults at them. The crowd was white and furious.

Serena recounts this event by quoting Martin Luther King Jr.’s speech after he marched from Selma to Birmingham:

Despite the incessant booing from the crowd, Serena won that match and was eventually recognized as the Champion for that tournament. For the next 15 years, she would boycott and make no appearance to this major tennis event even if it meant paying exorbitant fees as penalty. The MLK quote stuck with me. It made me ponder on the grace required to surrender to the justice of the universe, no matter how long it takes, no matter how hard it is to endure. ‘Justice has no shape or form, it is peace despite,’ I whispered, as I watched a tearful Serena, the World No. 1, enter the Indian Wells stadium after 15 long years. She would eventually win that tournament too, like a Champion, just like how she left.

On a similar note, I looked up what O.J. Simpson has been up to lately. It was his trial that made me understand the responsibility of lawyers in seeking justice and equity. Despite strong evidence of guilt, the jury found him “not guilty” for the murder of his wife, Nicole. What has he been up to? The arm of the moral universe might be long, but it bends toward justice. He may have been acquitted from the murder but a troublesome legal battle from various crimes followed him thereafter. He no longer enjoys the stature and fame he once had as a superstar Football athlete.   MLK did not preach surrender nor did he advocate for us to maintain a resigned position – that we leave justice to the natural way of things, but he knew the limitations of man. He knew that in the end, justice will be served, in any shape or form.

I carry these anecdotes as I zone back into our Legal Theory class. “Is there an objective truth?” and should there be one, “Are you great enough to win the prize?” It is through these classes that we try to reconcile the depths of our responsibility as future lawyers or even policymakers. It is here that we develop the endurance to make sure we serve the ends of justice the best we can.

In the last year, we have seen loss and experienced it ourselves. There is so much grieving to be done, so much loss that could have been prevented. There are people to be held accountable during this dark period in our history. There are people who have unjustly enriched themselves during this pandemic. Justice, I believe, does not slumber, but it takes time to serve its next client. As the nursery rhyme goes, “the wheels on the bus go round and round, round and round, round and round.” In Tagalog, bilog ang mundo. 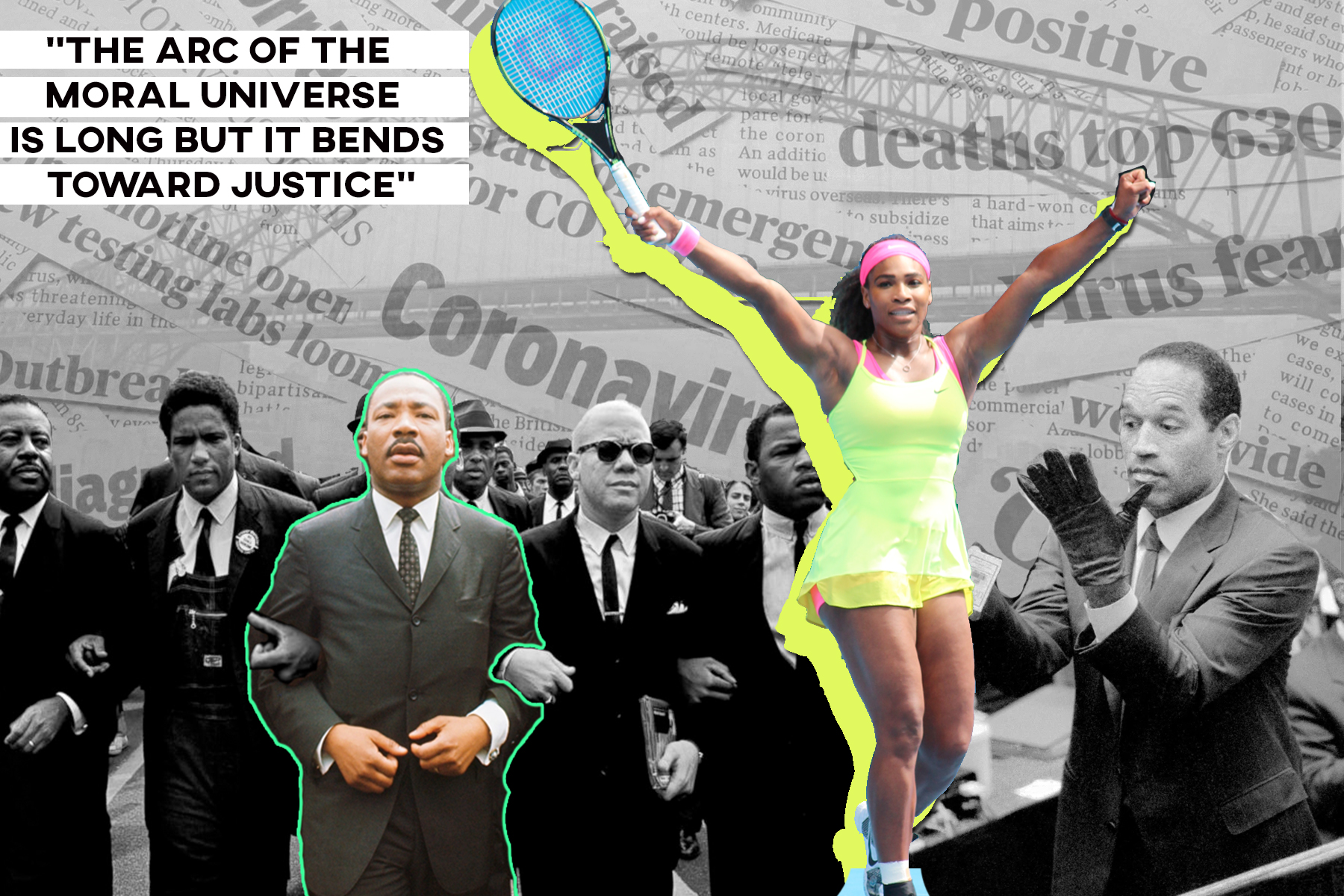