Curbing the Pandemic of Disinformation: What Really Happened During Martial Law

On 21 April 2022, the UP Institute of Human Rights (UP IHR) and Democracy Watch Philippines – a citizen-led democratic initiative whose advocacies include combating election-related disinformation, hosted the online forum entitled, “Curbing the Pandemic of Disinformation: What Really Happened During Martial Law”.

The forum challenged the false narratives being spread on social media about the country’s Martial Law experience under the Marcos Dictatorship. It further underscored the dangers of disinformation & fake news and highlighted the urgent need for everyone to combat it. 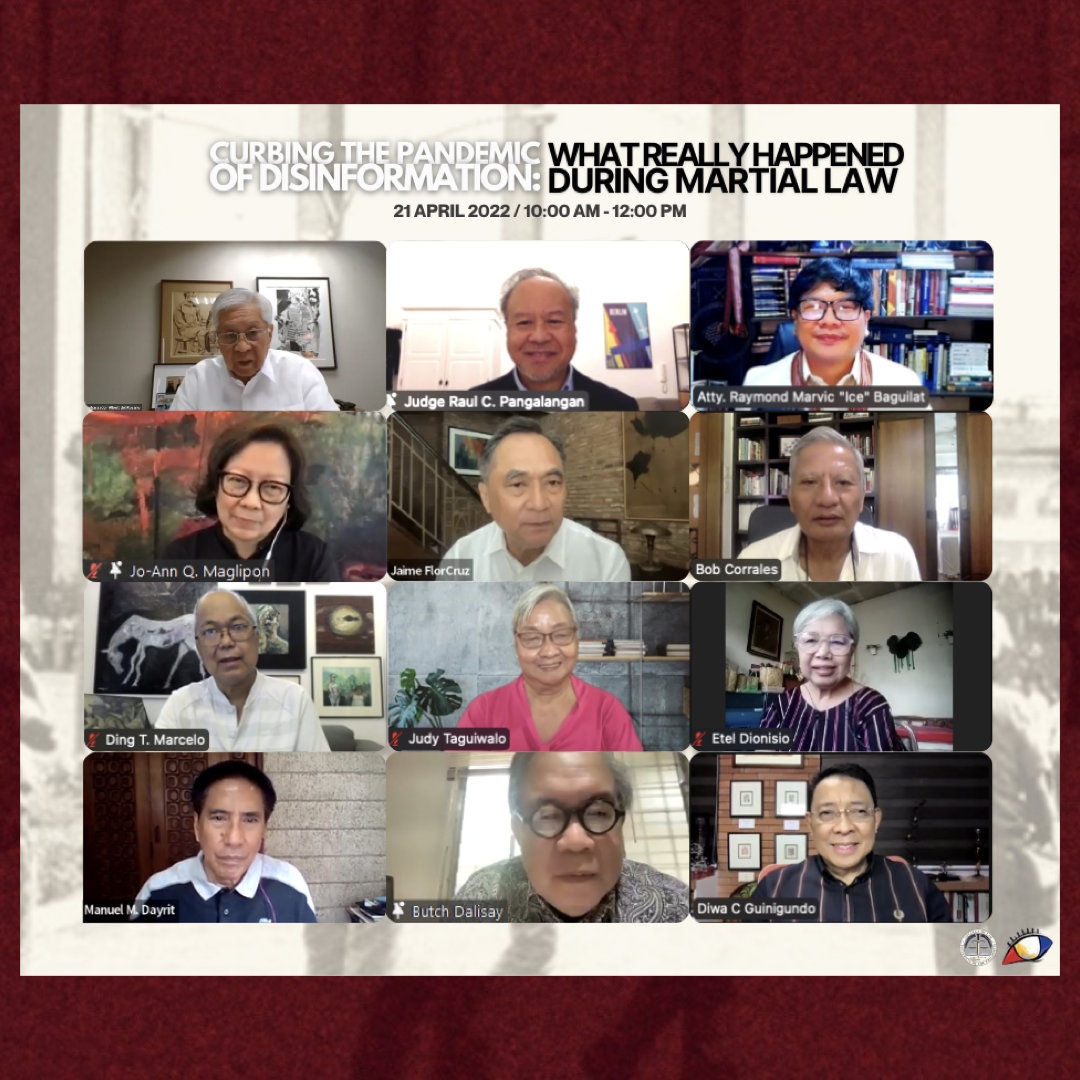