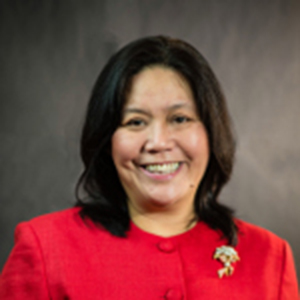 University of the Philippines, Bachelor of Arts in Broadcast Communications (1982)

University of the Philippines, Bachelor of Laws (1986)

University of the Philippines, Master of Public Administration (2003)

Professor Dizon-Reyes is the former College Secretary of the UP College of Law. She has been a Professorial Lecturer at the college since 2004, and a Law Reform Specialist in the UP Law Center since 1996. She has worked as a legal consultant for the National Power Corporation and a Legal Documentation Specialist in Japan. She was a college scholar of the University of the Philippines, where she also received her Master’s Degree in Public Administration. Her research interests include BOT law, particularly in relation to Local Government operations, and grassroots operations.

Aside from her academic work, Prof. Dizon-Reyes was also involved in a number of projects. She is the current Program Coordinator for POPLAW (since 2009) and Seminar-Workshops on Laws and Jurisprudence for the Philippine National Police (since 2000). She also worked on other projects which include Commercial Law Studies, Land Administration and Management, the Anti-Money Laundering Bill, the drafting of Animal Health Act Bill (1998) and the Local Government Conference (1997)

She was a member of the negotiating Panel for the RP-Westinghouse Settlement Agreement, and was a Presidential Awardee for work done in connection with the RP EuroMoney Deal.