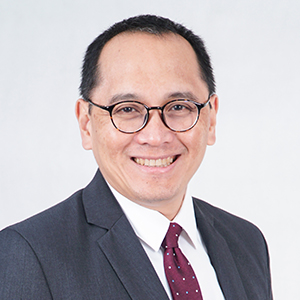 University of the Philippines, Bachelor of Science in (1989)

University of the Philippines, Bachelor of Laws (1993)

He was previously the director of the Institute of Government and Law Reform (IGLR) at the UP Law Center where he supervises projects on various public policy issues and legislative initiatives. He is also the founder and director of the UP Law Internet and Society Program.

He was actively involved in the lobbying efforts for the passage of the e-Commerce Act (Republic Act No. 8792). Thereafter, he became the Principal Drafter of the Implementing Rules & Regulations for the E-Commerce Act and a Co-Drafter of the Rules on Electronic Evidence.

Author, THE RULES ON ELECTRONIC EVIDENCE (2001).

Author, THE ELECTRONIC COMMERCE ACT AND ITS IMPLEMENTING RULES AND REGULATIONS: ANNOTATIONS (2000).