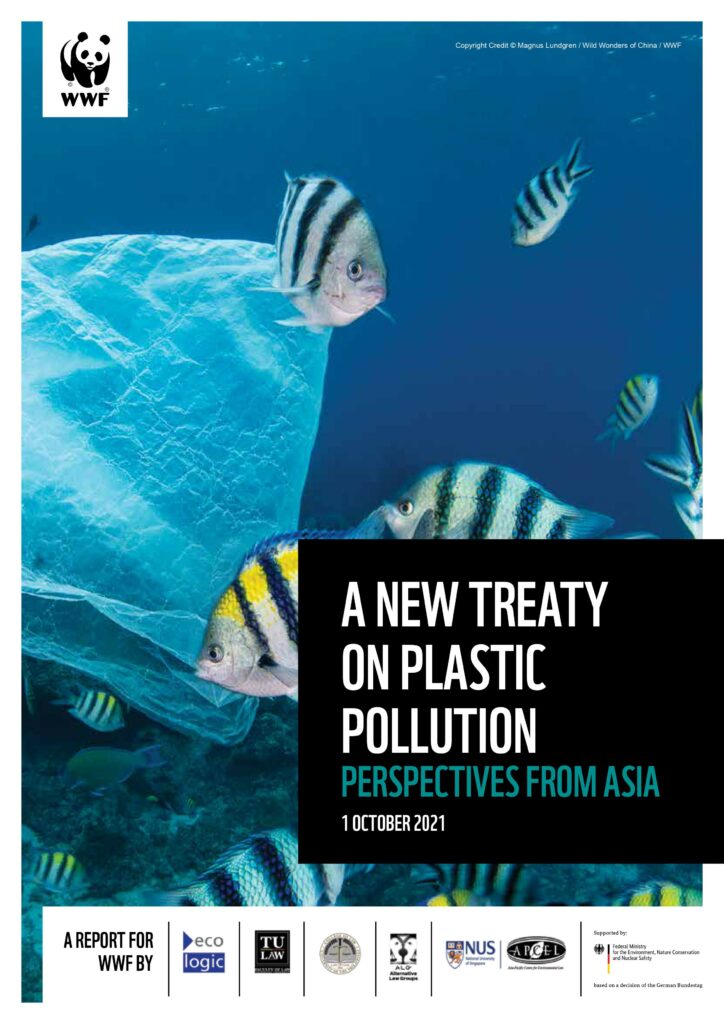 Last 25 October 2021, the UP Law Center (UPLC), through the Institute of International Legal Studies (UP-IILS), in collaboration with Ecologic Institute, Alternative Law Groups, National University of Singapore, and Thammasat University-Thailand, officially launched a report in partnership with WWF entitled “A New Treaty on Plastic Pollution: Perspectives from Asia.”

As the calls for a legally binding treaty to address the plastic crisis grow stronger, it is imperative to ensure that the concerns and needs of Asia are well-represented and reflected in a new global plastic pollution treaty. To this end, the report identifies challenges experienced by these countries in addressing plastic pollution, existing national and regional initiatives, and elements that may be incorporated into a global treaty that would benefit the Asian region.

The report also suggests options that Asian countries may consider in preparation for international discussions and negotiations, such as to build alliances within and beyond Asia, and to actively engage in the international debate.

A copy of the full report is available below: