Asst. Prof. Tiu presents report as Legal Consultant in the United Nations (UN) Joint Programme for the Promotion and Protection of Human Rights in the Philippines

On 23-26 August 2022, the United Nations Joint Programme for the Promotion and Protection of Human Rights in the Philippines (UNJP) held the Capacity-building Workshop of the Commission on Human Rights on the Anti-Terrorism Act was held at the Hilton Clark Sun Valley Resort in Clark, Pampanga. The workshop comprised a series of presentations tackling Republic Act 11479, otherwise known as the “Anti-Terrorism Act of 2020” (ATA), its Implementing Rules and Regulations, Calleja v. Executive Secretary, the recently promulgated decision by the Supreme Court questioning the constitutionality of several of its provisions, and the role of the Commission on Human Rights (CHR) in safeguarding human rights amidst its implementation. These were followed by writeshops, panel discussions, cluster presentations, and focus group discussions, integrating the key points and findings that were surfaced during the presentations.

The workshop was organized and implemented by the United Nations (UN) Joint Programme for the Promotion and Protection of Human Rights (JPHR) in the Philippines, led by Dr. Lee Edson P. Yarcia as its National Programme Officer, and co-implemented by the UN Office on Drugs and Crime (ODC), the UN Office of Counter-Terrorism (OCT), and the UN Office of the High Commissioner for Human Rights (OHCHR) with the Department of Justice, the Department of Foreign Affairs, and the CHR.

Assistant Professor Michael T. Tiu, Jr. serves as a legal consultant of the UN ODC under the UNJP. As noted by the UN High Commissioner for Human Rights in Paragraph 49 of the Report on the Implementation of Human Rights Council Resolution 45/33 and on the progress and results of technical cooperation and capacity building for the promotion and protection of human rights in the Philippines, Prof. Tiu’s engagement with the UNJP forms part of an overarching initiative to strengthen the institutional capacity within the Philippine security sector and among judicial actors on a human-rights based approach to counterterrorism, ensuring that such measures are in line with international human rights standards; and to support the CHR in fulfilling its mandate related to monitoring human rights violations committed in the context of the ATA.

Performing under this initiative, Prof. Tiu wrote a report assessing Philippine counterterrorism legislation from a human rights perspective and examining the CHR’s existing institutional framework, protocols, and procedures for the investigation and prosecution of human rights violations and abuses in relation to the ATA.

Prof. Tiu presented a draft of this report on the second day of the workshop, entitled the “Report on the Institutional Framework and Protocols of the Commission on Human Rights”. Prof. Tiu discussed the safeguards contained within the ATA that protect against potential violations of freedom of expression, freedom of association, right to privacy, freedom from torture and other cruel, inhuman and degrading punishment; and the right to travel. He then examined the CHR’s organizational structure and each component’s functions and powers, pointing to budgetary, logistical, and procedural gaps preventing the CHR from fully upholding its institutional mandates to protect and promote these rights in the context of the ATA, with particular focus on women and persons of diverse SOGIE, who are exposed to specific vulnerabilities in the State’s conduct of counterterrorism efforts.

Based on the gaps that were surfaced, Prof. Tiu made recommendations aimed at capacitating the CHR to respond to potential human rights violations and abuses that may be committed by the State in its implementation of the ATA and other counterterrorism measures. Key recommendations included the conduct of capacity-building trainings, a streamlining of the functions of CHR offices, the expansion of the CHR’s monitoring system, the sensitization of investigation work to human rights issues vis-à-vis counterterrorism and preventing and countering violent extremism (P/CVE), and the further development of counterterrorism-responsive protocols and procedures.

Along with Prof. Tiu in the roster of workshop presenters were Atty. Adrian S. Sugay, former Undersecretary of the Department of Justice (DOJ), Dean Sedfrey M. Candelaria, head of the Research, Publications and Linkages Office of the Philippine Judicial Academy (PHILJA), Atty. Jacqueline Ann de Guia, Executive Director of the CHR, Ms. Signe Poulsen, Senior Human Rights Advisor of the OHCHR, and Atty. Frank Lloyd B. Tiongson, Legal Consultant for the UN ODC. 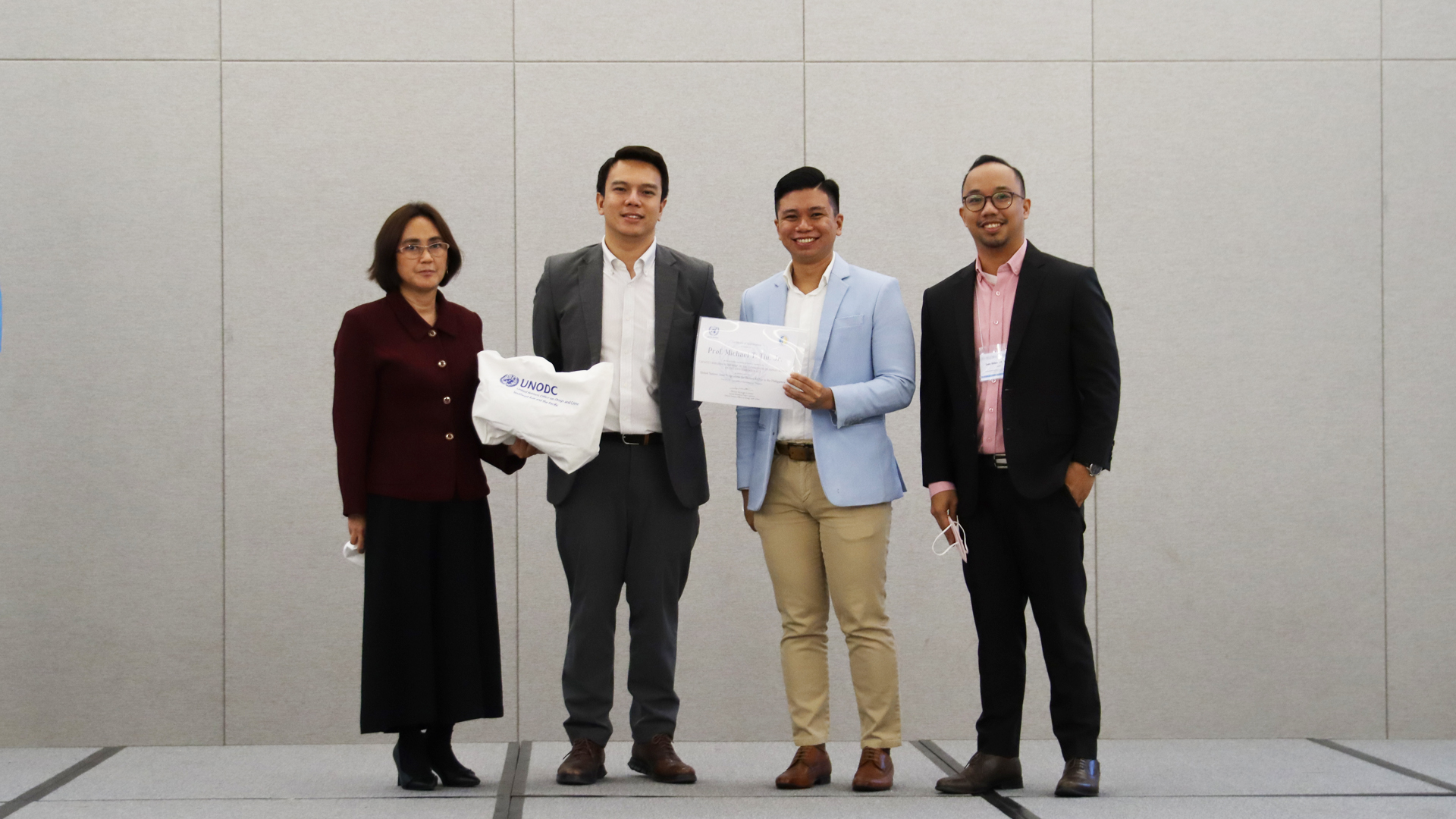